Around 30 participants tuned in on March 4, 2022 to watch the 2-part PERFORCE3 webinar on “Perfluoroalkyl substances and risk of myocardial infarction and stroke” featuring Tessa Schillemans (KI) and “Toxicology brought to justice – the Ronneby trial” featuring Mattias Öberg (KI). A recording of the event can be found below.

Increased levels of cholesterol is one of the most well-known effects of PFAS exposure. However, the potential to impact public health globally by increasing risk of cardiovascular disease remains unexplored. In the first part of this webinar, Tessa Schillemans will present her recent study of the associations of PFAS exposure with risk of myocardial infarction and/or stroke and subsidiary, with baseline blood lipids. A nested case-control study with first incident myocardial infarction and stroke and matched controls from two Swedish cohorts was investigated. The plasma concentrations of eight PFAS were measured using targeted liquid chromatography-triple quadrupole mass spectrometry. This study indicated that PFAS exposure, although associated with increased cholesterol levels, did not associate with increased risk of myocardial infarction, stroke or their composite endpoint. The findings improve our knowledge on cardiovascular health effects of environmental factors and suggest disturbances in pathways unrelated to cholesterol. The effects on blood lipids was also one of the health effect that were discussed in a recent trial between a highly PFAS-exposed population in the city of Ronneby and the local drinking water producer. Dr Mattias Öberg was called as an expert witness in the trial and will during the webinar provide insight into the trial and present a researchers perspective of tort law. 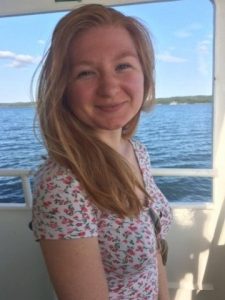 Tessa Schillemans: PhD student at the Institute of Environmental Medicine, unit of Cardiovascular and Nutritional Epidemiology. Her background is in molecular biology and molecular mechanisms of disease, which she studied in the Netherlands. Her PhD research focuses on investigating the impact of per- and polyfluorinated alkyl substances (PFAS), on cardiovascular disease. 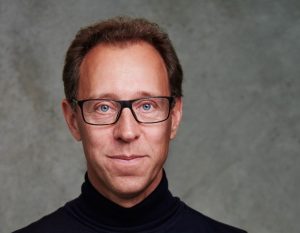 Mattias Öberg: Associated Professor at the Institute of Environmental Medicine, unit of Integrative Toxicology. As researcher and risk assessor he stives to give the scientific support needed to ensure a high level of protection of human health and to promote new approaches for assessment of hazards of chemicals. His main area of research concerns persistent organic pollutants, dose-response modelling, and new approach methods according to the 3Rs.

This website uses cookies to improve your experience while you navigate through the website. Out of these, the cookies that are categorized as necessary are stored on your browser as they are essential for the working of basic functionalities of the website. We also use third-party cookies that help us analyze and understand how you use this website. These cookies will be stored in your browser only with your consent. You also have the option to opt-out of these cookies. But opting out of some of these cookies may affect your browsing experience.
Necessary Always Enabled
Necessary cookies are absolutely essential for the website to function properly. These cookies ensure basic functionalities and security features of the website, anonymously.
Functional
Functional cookies help to perform certain functionalities like sharing the content of the website on social media platforms, collect feedbacks, and other third-party features.
Performance
Performance cookies are used to understand and analyze the key performance indexes of the website which helps in delivering a better user experience for the visitors.
Analytics
Analytical cookies are used to understand how visitors interact with the website. These cookies help provide information on metrics the number of visitors, bounce rate, traffic source, etc.
SAVE & ACCEPT
Powered by